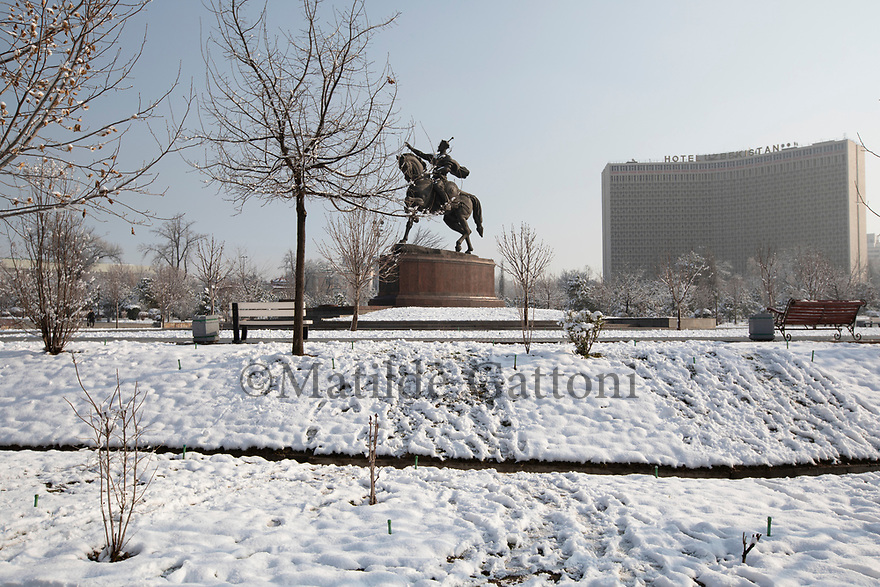 Uzbekistan - Tashkent - A statue of Amir Timur (Tamerlane) stands in the center of Amir Timur Square, on the right side the old Hotel Uzbekistan built during the Soviet era can be seen.
Timur, chosen as the national hero since the independence of Uzbekistan, was in fact a Turco-Mongol Persianate conqueror. As the founder of the Timurid Empire in and around modern-day Iran and Central Asia, he became the first ruler of the Timurid dynasty.
Matilde Gattoni